4 Key Ways to Ensure Return to Work Programs Save Money

The longer an individual is off of work, the less likely he is to return. That fact is the overarching reason companies adopt return-to-work programs for their injured workers.

While most in the workers’ compensation world agree with the premise, there are myriad reasons many companies either have no or ineffective Return to Work programs. Small companies may think the money, time and resources involved don’t make financial sense for the number of injuries they typically have, or may be convinced there are just no ‘light duty’ jobs to offer injured workers. Some employers are uncomfortable paying the full salary of a worker who is not at 100 percent capacity. Still others have Return to Work programs in place but can’t see the benefits and let them fall by the wayside.

These ‘legitimate’ sounding reasons are, unfortunately, doing employers a disservice. RTW programs don’t need to involve massive amounts of money or personnel to be effective. There are alternative positions available for injured workers, even in companies without specific light duty jobs. Paying the full salary of a worker who is still recovering can save vast amounts of money compared to the alternative. 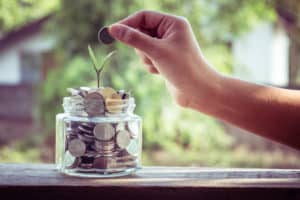 Why Return to Work

The longer an injured worker is off the job, the more money it costs the employer/insurer. Long durations can even turn into creeping catastrophic claims — a seemingly simple injury that involves multiple medical procedures and medications, and long-term disability.

Various studies have shown that Return to Work programs save money on medical costs, lost time days — including medically unnecessary ones, and workers’ compensation costs. Good programs reduce the duration of claims and the large indemnity costs associated with them. They also cut the number and costs of lawsuits; and wage replacement costs; and productivity losses.

Return to Work programs also helps the injured worker recovery faster. Research clearly shows that, except for the most catastrophically injured, people who are at least somewhat active and engaged recover physically faster than those who are sedentary.

Finally, returning an injured worker in any capacity helps not only lift his spirits, but the morale of his coworkers. It shows the employer cares about them and wants to help them return to work.

The first order of business in setting up a Return to Work program is to look at the specifics of the company to create a program targeted to its specific needs. See if there are patterns within the company. For example, how many injuries does the company typically have at any given time? Do some facilities have more injuries than others? Do certain jobs have more injuries? Working with managers and supervisors can help.

Benchmark a company’s workers’ compensation stats against others in the industry also can help. Small companies can turn to their insurer or third-party administrator for help.

Supervisors, managers, the insurer or TPA, physicians, and any others should be involved in putting together a Return to Work plan. It should include the following:

If there really is nothing available, consider sending the worker to a nonprofit organization — in states where that is allowed. Doing so will reduce indemnity costs, and help the company’s image in the community.

Once a light duty position is identified, set a deadline for it to end (maximum 120 days) and require regular medical reviews to see when the worker could return to his regular job on either a full- or part-time basis.

In urban areas, there are likely occupational medical providers available. After vetting them, they should be included in the network and spend time learning the company’s culture. In more rural areas, it may be necessary to find and educate nearby physicians.

A Return to Work program is a cost-saver, not a cost driver, and should not be considered a luxury only in good times. A well-thought-out Return to Work plan can save significant dollars for an organization. They just need to be developed, implemented, and maintained.

Where Does it End?
Next Post: 4 Ways to Lower Your Experience Modification Rate and Why it Matters